A rather uneventful day with a little overhead movement of finches including four Bramblings, eight Siskins and two Redpolls. Finch of the day was however two Greenfinches in the Paddock.

Redwings which were being reported in large numbers elsewhere during the morning were conspicuously absent with just a single bird, although 11 Song Thrushes and one Mistle Thrush was recorded. Other migrants included 26 Chiffchaffs, four Blackcaps, a Firecrest and seven Stonechats. 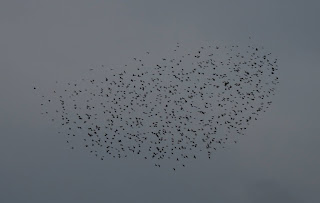