Jack, Jay and I took the 'Gary Ann' out of Deal along the coast to Dover Harbour to survey breeding seabirds on the cliffs today. It provided a very different view of the area and was probably most notable for the alarming lack of breeding birds! The paucity of species appears to follow a nationwide declining trend. What was quite apparent though was the scarcity of potential nest sites with much of the cliff face being sheer with hardly any suitable ledges. The amount of cliff falls that have occurred being very noticeable.

That apart, I though my experience of working in The English Channel for many years would stand me in good stead for the rather bumpy ride, but studying the cliffs whilst bobbing up and down quickly became a rather unpleasant experience for both Jack and I. Thank goodness Jay was least affected and continued to keep watching for us!

Anyway the numbers were derisory with only Fulmar and Herring Gull noted as breeding. We did have two Shags, a handful of Gannets and a Grey Seal along the way. 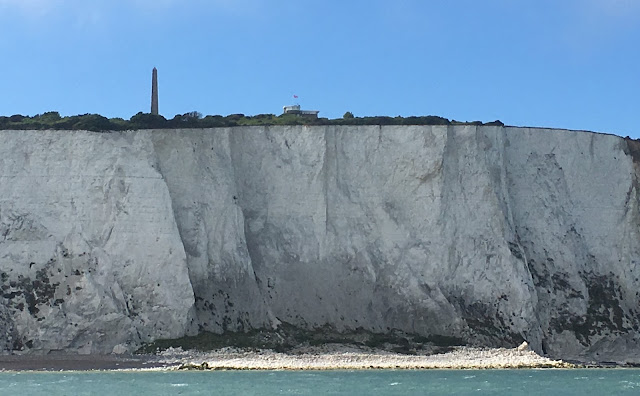 A Honey-buzzard flew over the top of the High Street in Kingsdown this afternoon, mobbed by Jackdaws.
Posted by Richard Heading on June 21, 2018 No comments: