Just a post to prove we are still here really. Jack and I were out in the brisk NNE wind which kept the temperature a little more palatable but we didn't see much between 10.30 and 13.00. 50 Swifts were moving into the wind and a couple of Gannet offshore.

At the weekend Phil had a Reed Warbler singing at Bockhill and there have been a few Hummingbird Hawk-moths across the area. Tawny Owls are vocal at night in Kingsdown and the Pyramidal Orchids have been out for a while. Roll on August!
Posted by Richard Heading on June 20, 2017 No comments:

Following a phone call from Brendan it was off to Deal Pier today to look at more European Storm Petrels. Brendan had already had 12 sightings including four together before Jack and I turned up at 10.00. Between then and 12.00 we managed to see four more, two Little Terns and seven Manx Shearwaters. 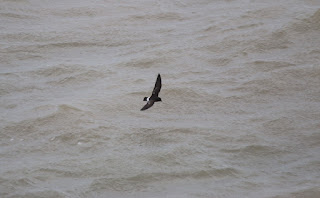 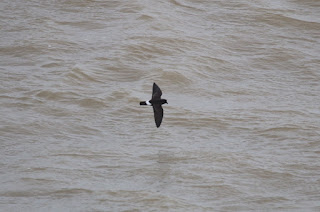 Following the strong WSW winds and rain of yesterday, the wind was still strong, the waves were quite high and it was no surprise that in a quick visit to St. Margaret's Bay 10.30 - 11.00 there were 2 European Storm Petrels, including one lingering quite close and seven Manx Shearwaters down channel. A Common Scoter was in The Bay also. These were our first 'stormies' since similar conditions in 2006.

Brendan and Julian continued to watch in The Bay until 13.30 and added two more European Storm Petrels, 24 Manx Shearwaters and a Black Tern.

Nigel looked from the beach in Kingsdown in the afternoon and had another European Storm Petrel.
Posted by Richard Heading on June 07, 2017 No comments:

Very strong WSW winds with heavy rain and showers made it an unpleasant morning. Between 06.00 and 10.00 Nigel in Kingsdown, Jack and I in The Bay estimated 700 Swifts moving into the wind. Offshore there were 30 Gannets but visibility was very poor.
Posted by Richard Heading on June 06, 2017 No comments:

A walk in the sunshine from Kingsdown to Hope Point for Jack, Phil, Richard and Nigel. We didn't get close to matching yesterday. In a strengthening westerly there were three Red Kites early on over the golf course, four Ravens and 30 Swifts. It was the insects that provided the highlights with Small Blues, Adonis Blues and a Red-veined Darter of most interest. 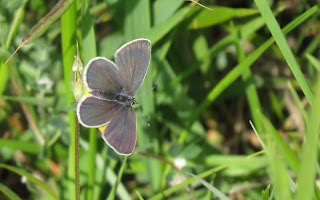 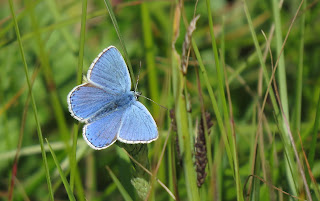 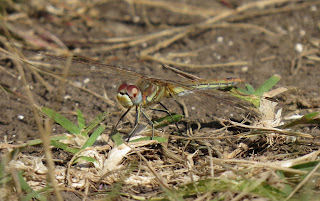 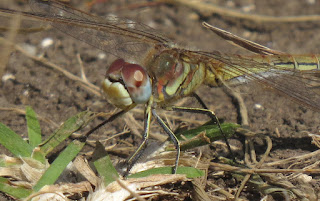 Phil and I took a walk along the cliff top to Kingsdown Leas early this morning in a light W to WNW wind. We started with a Hobby over The Paddock, two Mediterranean Gulls out to sea and four Ravens on the fence along the cliff top field. Whilst watching a group of 10 House Martins and 20 Swifts in front of Ship House a juvenile Stonechat flew past us, alighted briefly and carried on towards Kingsdown. At 7.30 the Herring Gulls started calling, alerting us that there may be a raptor above us. 15 minutes later Phil picked up a Black Kite being mobbed by gulls over The Rough and we watched it for the next 10 minutes as it slowly gained height and drifted west. Later there were two Red Kites over the golf course and the morning finished with four Buzzards over Kingsdown and another Hobby.

Mid-afternoon between Nigel on Kingsdown Beach and Gerald in Walmer there were 15 Red Kites moving. Then at 15.58 in Kingsdown, whilst in his garden, Nigel had a Red-rumped Swallow over heading west. A pretty good start to the summer! 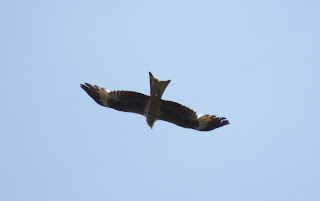 The area around The Bluebird Tea Room was looking a little different today with a film crew in residence. They wouldn't tell us what was being filmed. 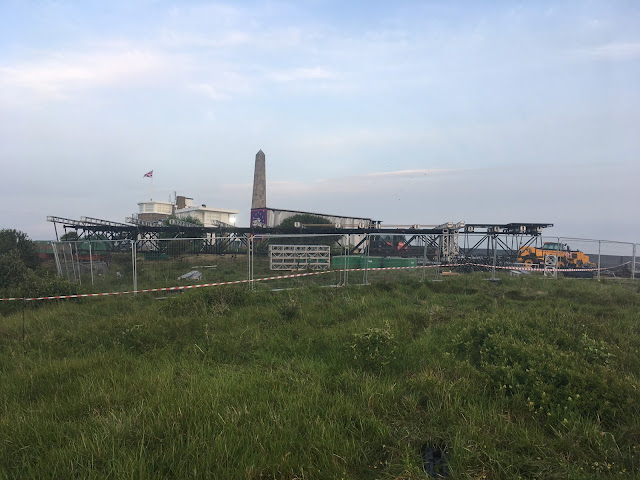